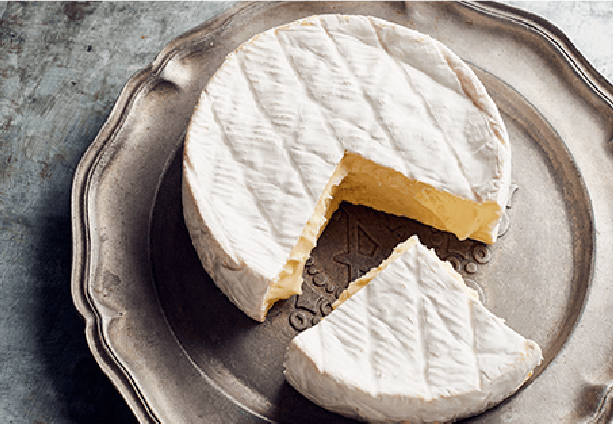 Camembert is one of the world’s best-known cheeses, and it originated in Normandy region. This famous soft-ripened cheese made from cow’s cheese with a bloomy rind, has become an emblem of French cuisine.
A portion of Camembert was included in the military ration during World War I, contributing to its popularity and industrialization.

The rind is downy and streaky white on the surface; the paste is ivory to bright yellow and can have a creamy layer next to the rind, but generally has a chalky, grainy white centre.

Camembert has a slightly salty taste and a typically barnyard, warm milk aroma. The taste of the cheese is milky when it is young and chalky, but it becomes strong and full-bodied with lengthy maturation.