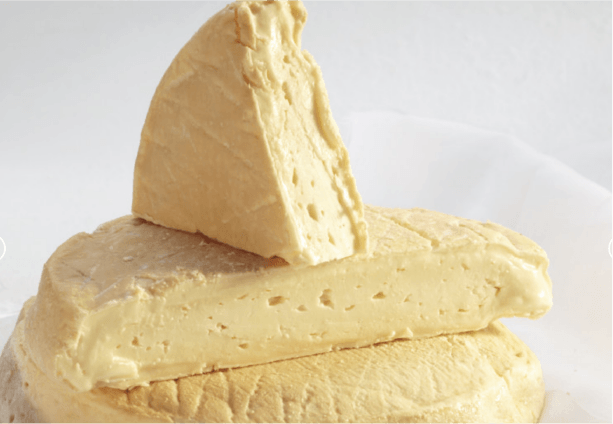 This famous and soft washed-rind cheese is produced in the east of France and originated in a monastery. Its name is derived from the word ‘monastery’. It was created by Benedictine monks who settled in Fecht Valley in Lorraine, where it is also called ‘Géromé’ after the town where it was sold. It is also produced and matured in Alsace.

Munster is made from cows’ milk and considered to be a strong cheese, but this is mainly true of its smell, as it is relatively mild on the palate. Prior to gracing the consumer’s plate, this quality cheese is ripened in a damp cellar where its rind is regularly washed.

Its orangey-pink rind is thin, smooth and damp. The cheese itself is the colour of cream and often chalky in the middle, or soft and creamy when very ripe.
Although quite sticky on the outside, and soft and sometimes crumbly on the inside, it always melts beautifully on the tongue. The smell of Munster cheese is distinctive and penetrating, both animalic and lactic.