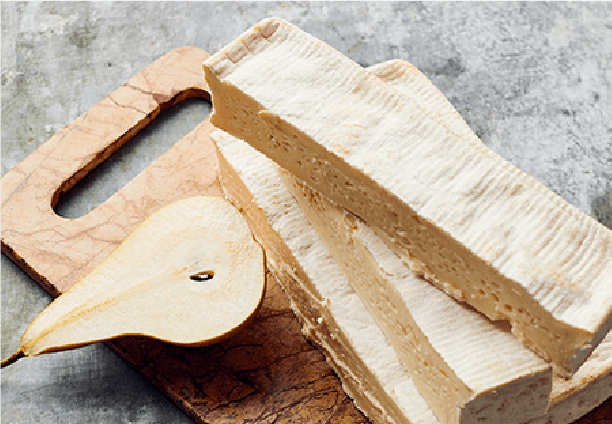 Pont l’Évêque is a soft-ripened, washed-rind cheese made from cow’s milk.
The cheese, which takes its name from the small town of Pont- l’Évêque situated between Lisieux and Deauville, was already very appreciated in medieval times in Normandy. It was first called ‘angelon’, ‘angelot’, and then ‘augelot’ in the 16th century. It has been known as Pont-l’Évêque since the 17th century.

The aroma of this cheese is relatively pronounced, with barnyard and yeasty notes; but its taste is milder than its smell. The texture is soft; the rind is slightly sticky; the flavours of warm milk and hazelnut are very pleasant.

A crusty baguette and Normandy Cider.