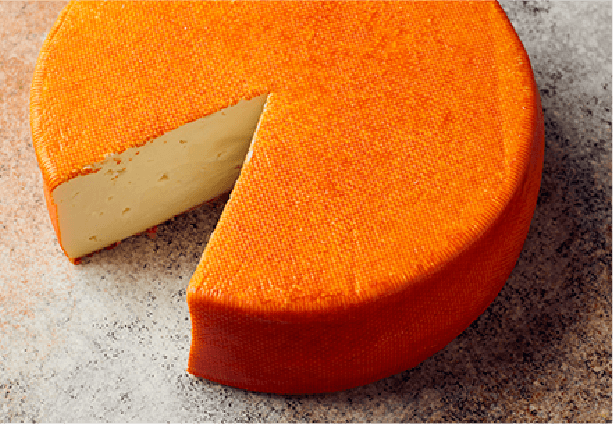 Port Salut is a semi-soft cow's milk cheese from Pays de la Loire in France, with a distinctive orange rind and a mild flavour. The cheese is produced in wheels approximately 23 cm (9 inches) in diameter, weighing approximately 2 kg (4.4 lb).

The cheese was developed by Trappist monks during the 19th century at Port-du-Salut Abbey in Entrammes. The monks, many of whom had left France during the French revolution of 1789, learned cheese-making skills to support themselves abroad, and brought those skills back upon their return after the Bourbon Restoration.

Port Salut has relatively mild flavour—savory and slightly sweet. The smell will increase the longer the cheese is kept but the stronger smell doesn’t affect its flavour.

The perfect partner for fruit, and a glass of Cabernet Franc.